"If we ever wish to know angels for what they truly are… perhaps it is we who must first learn to fly." – Anonymous

One of our most important spiritual tasks is to bring up the children of the world to feel safe, happy and confident. Parenting is a spiritual responsibility undertaken specifically by the mother and father but we can all do our part to help children everywhere. 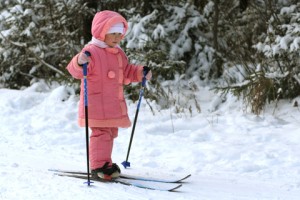 Children are very sensitive and their auras are open to other people's thoughts and feelings. They take everything in. When there is bereavement, divorce or disharmony in the family, children are inevitably upset, whether they show it or not. And there are children without parents or where the parenting is inadequate. Also some children have very disadvantaged backgrounds. When these children are introduced to angels it can give them enormous reassurance and comfort. Angels can help them in many ways. Just knowing of the presence of angels can change their lives.

Karen was a Primary School supply teacher, who worked in under privileged areas. Wherever she went she would tell her classes about angels. At one school she had in her class a five year old boy, called Daniel, who came from particularly difficult home circumstances. As usual she told the children about angels. The little boy asked her if he really had an angel because he was no good at school. He wasn't good at reading and he couldn't do sums. She told him that angels don't see whether you can do sums. They only see you as perfect. He looked up at her with big eyes and his face glowed. She returned to that same school some weeks later. The children in that class had been asked to do a drawing of their best friend. Daniel's teacher showed her the drawing he had done. He had drawn his angel as his best friend and colored it carefully in golden yellow. It was such a striking picture that the teacher had pinned it up in the staff room, where the other teachers had admired it. A few weeks later the family was in trouble and the police placed Daniel and his parents in a safe house for their security. When Karen went to the school again, the class teacher told her that she had written to the boy through the police. 'I wrote, "Don't forget your angel still loves you." Then she added. 'That angel made such an impression on him.' Karen told me that another boy from a rough home, when told about angels, started to hit himself hard in the face. He said, 'My angel would hit me like that because I'm no good.' When Karen reassured him that no angel would ever hurt him and that they would only love him, he beamed with surprise. When she is in particularly difficult classes Karen puts on Angel Inspiration music and rings a little Mayan bell, which she calls her angel bell. Whenever she goes back to schools the most thuggish of the children ask her to ring the angel bell to bring in the angels. She notices how much it helps them to relax. Karen said to me, 'I have discovered that angels are the only thing that nourishes some of these children.' Angels can keep children physically safe too. I wish children everywhere knew that they can call for help from the angels.

Here are two stories of children who have been physically assisted by them Tamsin was ten and walking her dog as she often did on the towpath by the river near her home. Usually there were lots of people about but on this occasion the path was deserted. Suddenly a man jumped out of the bushes, put his hand across her mouth and started to drag her off the path. In her head she screamed, 'Michael! Michael!' calling to Archangel Michael. Immediately the man let her go and ran away. Clearly he must have felt the presence of the mighty Archangel who had come to protect the child. Marion has always been psychic and aware of angels but her first memory of one was when her guardian angel saved her life. She was a child during the war and, like so many houses, the one she lived in had been bombed and the roof was quite unstable. When she was three years old she was woken in the middle of the night by her angel, who said, 'Come with me.' The angel took her to her parents' bedroom and Marion got into bed with them. Almost immediately there was a terrible crash and the roof over her bed collapsed. She would most certainly have been killed if the angel had not led her from danger.

Children are our collective responsibility. It's easy to send angels to children you know and love but you don't have to know a child personally to ask the angels to help them.

How to send Angels to help Children

Think of a child, who may need the love and support of the angels. It may be your own child or a child you have seen on television or read about in the paper. It may be a child that you know only slightly. If any child seems unhappy or has been bereaved or is ill, ask the angels to help. Your thoughts create the rainbow bridge, which enable the angels to step in and assist. It may be the difference between safety and contentment or anxiety and unhappiness to some little soul.

1. Light a candle if you can and relax.

2. Imagine yourself in a beautiful garden filled with golden flowers.

3. Let a child you feel needs help come into your mind.

4. Visualize that child surrounded by white or gold light.

5. Picture him or her happy.

6. Ask an angel to fold its wings round the child and support it in whatever way he or she needs.

7. Ask the angel to sing over the child when it is asleep.

8. Thank the angels for doing this.

9. Blow out the candle and send the energy to that child or to help children everywhere.